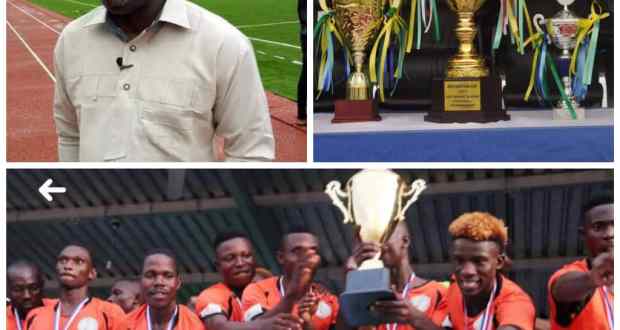 Organisers of the Bayelsa Governor’s Cup, have congratulated the miracle Governor, Senator Douye Diri, and his Deputy, Senator Lawrence Ewhrudjakpor, on their victories at the Supreme Court, on Wednesday.

Director General of the competition, Ono Akpe, who came out with this in a statement, in Abuja, described the victory as one for Democracy, which would bring lasting peace and development to the state.

He also gave thumbs up to the five Judges of the Supreme Court led by Justice Sylvester Ngwunta, for their fairness, and not truncating the wishes of Bayelsans.

According to him, the judgement which was widely celebrated within and outside the state was an indication of the love and acceptance the of the Governor.

The DG, Bayelsa Governor’s Cup added that with all litigations now buried, Governor Douye Diri would now settle down and begin to unveil his vision on the people of the state, especially in area of Infrastructure Development, Agriculture and Sports.

While urging youths in the state to throw their weight behind Governor Douye Diri, he called on them to key into the various developmental programmes which the prosperity government of Gov Diri has in store for them.

On the much talked about Governor’s Cup, he said the break was obviously due to the several litigations and other factors like Covid-19 pandemic and flooding, that delayed the state government from settling down. However, the competition would take place next year.

While urging would-be teams and players to begin to prepare for the next year’s edition, and the first in the Diri administration, Akpe assured that the competition would be better organised with new innovations that would excite the teams and fans alike.