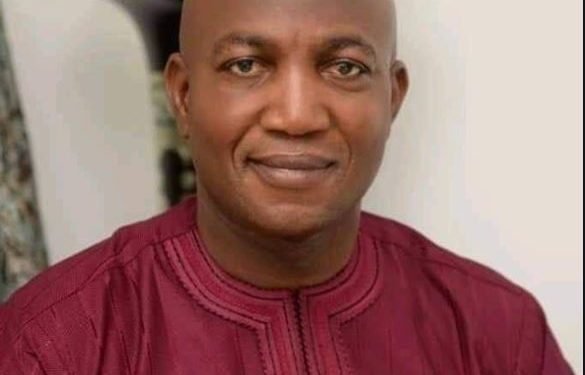 A frontline aspirant in the concluded governorship primaries of the All Progressives Congress (APC), Bayelsa State, Preye Aganaba, has moved a suit he filed against the party and its candidate, Chief David Lyon, from the state to the Federal High Court, Abuja.

A copy of the court proceeding showed that the case came up on Wednesday for mentioning at the Federal High Court 4, Abuja presided over by Justice I.E. Ekwo.

Granting a motion ex parte file by Aganaba, Ekwo ordered substituted service of all the processes in the suit on David Lyon and his running mate, Biobaekuma Degi.

The judge ordered that the substituted service should include pasting the originating process or other processes on the wall or any part of the National Headquarters of the APC.

Ekwo also described the mode of service he issued against the APC candidate and his running mate as sufficient.

But the court turned down one of the prayers by the plaintiff asking the court to abridge the time which the defendants may enter appearance, file and serve their respective defence process to 14 days.

Ekwo, who said he could not issue such order in the absence of other parties, adjourned the case to October 16.

Aganaba in the substantive suit asked the court to void the primaries that produced Lyon as the candidate of the party for the Novermber 16 governorship election in the state.

Aganaba, a founding member of the APC in Bayelsa, dragged the APC, Lyon, Degi and the Independent National Electoral Commission (INEC) to the court as defendants in a suit he personally filed on Seprember 12.

The aspirant urged the court to make a declaration that the primaries scheduled for September 4 across the 105 wards in the eight local government areas of the state did not take place.

He also asked the court to make a declaration that since there were no primaries, the declaration of results that produced David Lyon as the candidate of the party was illegal, unconstitutional, null and void and of no effect.

The aspirant further demanded an order setting aside the results of the APC primary election, which returned Lyon as the candidate of the party for November 16 election.

BAYELSA WEST: A Message Of Appreciation