Bayelsa State  Governor, Senator Douye Diri, has called on politicians to avoid actions that would lead to bloodletting in the 2023 elections.

Governor Diri made the call on Saturday during the 2022 Armed Forces Remembrance Day celebration at the Peace Park in Yenagoa. 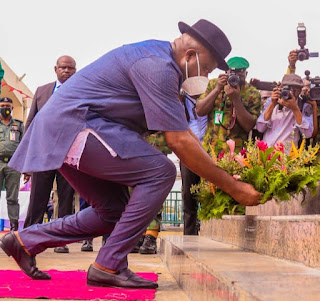 The governor in a statement issued by his Chief Press Secretary, Daniel Alabrah, said the outcome of  elections should be determined by the ballot box and not the strength of the gun, adding that the ultimate power to enthrone leadership lies in the hands of God. 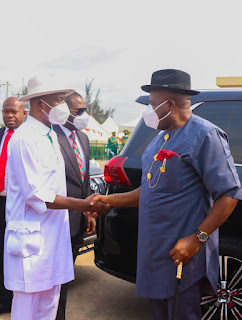 He recalled the bloodletting that characterised the 2019 governorship campaigns in Nembe community and cautioned that all political players should vow never to allow the killing of youths in the state because of elections in spite of their ambitions. 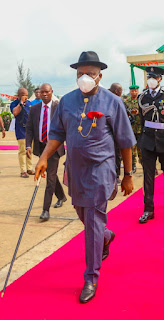 Governor Diri appreciated the sacrifices of fallen heroes and serving members of the Nigerian Armed Forces to protect the territorial integrity of Nigeria, adding that the remembrance day should remind Nigerians of the sacrifices of the military and the need to live in peace and unity. 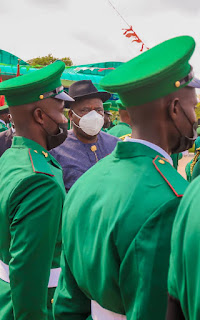 He called on all to support projects and  intervention programmes initiated to care for the loved ones of fallen heroes and servicemen as a token of appreciation for the sacrifices the military men are making for the safety of all.

The  Bayelsa helmsman also called on Bayelsans to unite and support his administration’s programmes to tackle under-development and poverty in order to achieve a prosperous  Bayelsa. 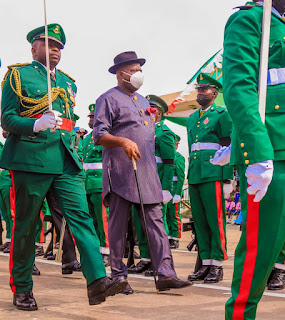 “Let us collectively vow that never again will the blood of Bayelsans water the ambitions of desperate politicians. Whereas the temptation to overzealously take matters into our own hands exists, let us pause and appreciate the fact that, ultimately, all power belongs unto God.

“Our debt of gratitude to those who choose to die for us even when they did not even know us should be immense. 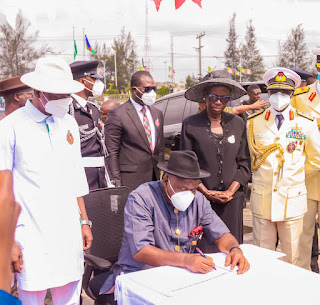 The essence of commemorating this day is not to glorify war. Rather, it is to recall the price that others had to pay for us to live in peace and thus commit ourselves to live in such a manner that future generations will have no need to fight wars. The labour of our heroes past should never be in vain.

“Let us continue to show love to our heroes and their loved ones by supporting the various projects and interventions that have been set up to care for our men and women in uniform. This includes but not limited to making financial commitments to yielding our place in queues.” 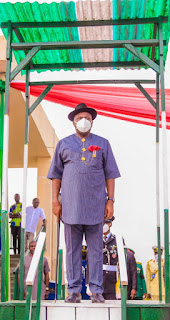 “Bayelsans cannot afford to be separated in interest or divided in purpose at this crucial time in the history ⁴ our state and Nigeria. And as we have demonstrated several times over the nearly two years of this Government of Prosperity, we are better together. Let us unite to fight poverty, lack, ignorance and any other vices. These are our common enemies. 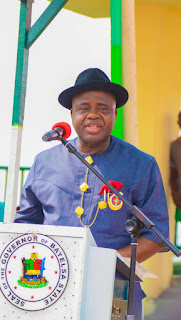 Highpoint of the event was the laying of wreaths by the governor, his deputy, Senator Lawrence Ewhrudjakpo, Speaker of the House of Assembly,  Abraham Ingobere, the Chief Judge, Justice Kate Abiri, and a former Military Governor of old Rivers State and Amanyanabo of Twon-Brass, King Alfred Diete-Spiff. 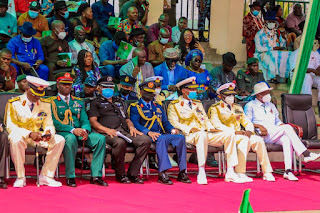 Others who graced the occasion included heads of security agencies in the state, top government functionaries and traditional rulers. 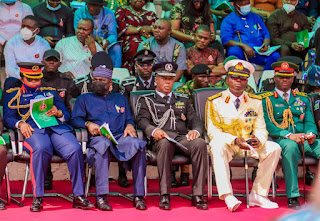 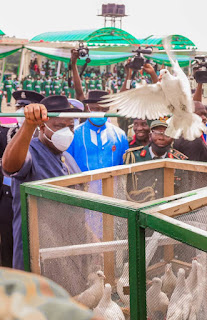 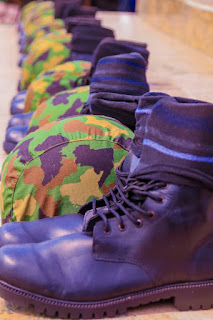 Why We invaded Okorocha’s Home – EFCC